Which Labour leader is which Doctor Who? 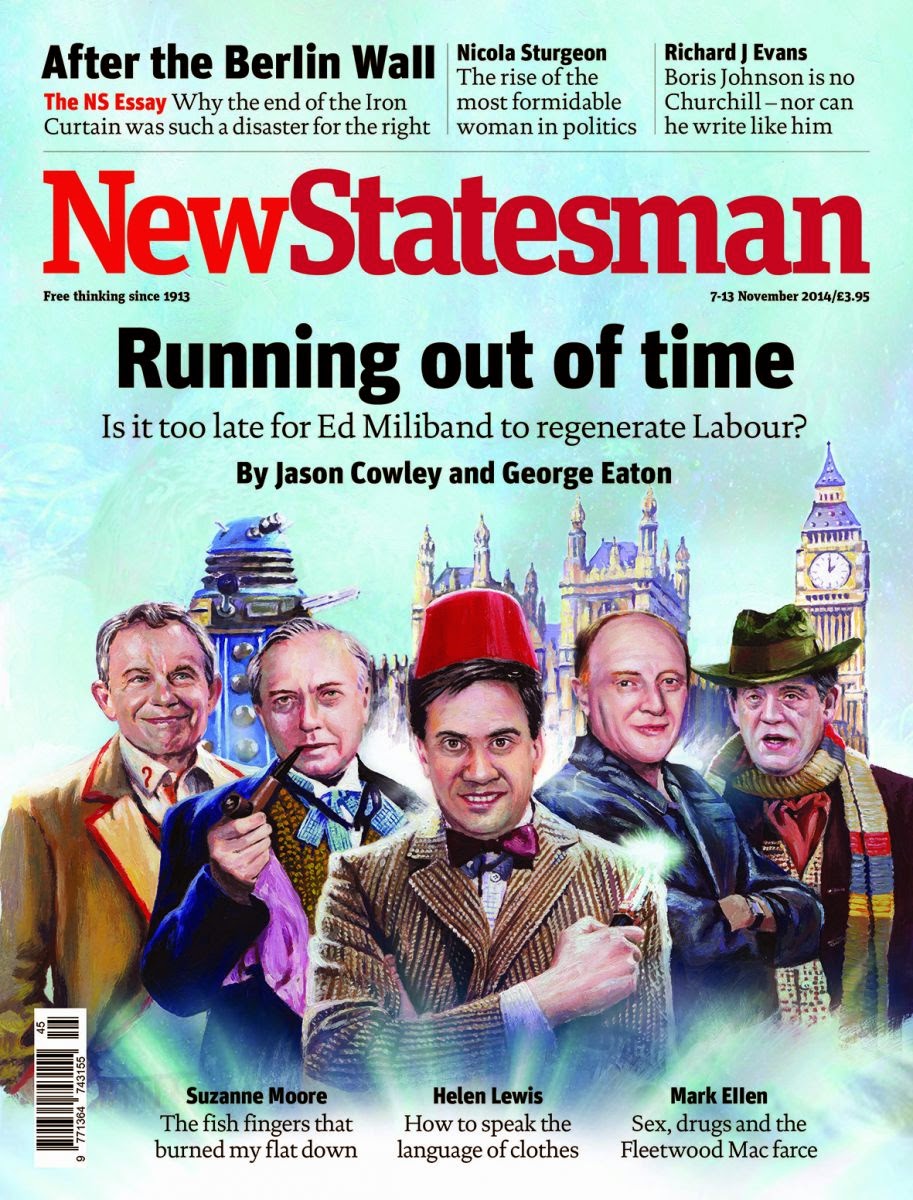 This week's New Statesman, the low circulation left of centre magazine plays with the word "regeneration" by portraying Labour leaders past and present as particular Doctor Who's, does it work, have they chosen the right ones?

From left to right:
The New Statesman has chosen to portray Tony Blair as the 5th Doctor, the Peter Davison one. An odd choice, for me Tony Blair would be more of a 6th Doctor, the Colin Baker one. I believe that the death count during the Colin Baker years was way above that off any other Doctor Who. In 'reality' maybe The Master in his first Roger Delgado guise would be more Tony Blair - a pantomime villain yes but capable of great evil anyway.

Harold Wilson as the First Doctor, the William Hartnell one. The first, the oldest, the posh pretending to be a man of the people? That fits, Harold Wilson pretended to be a simple pip man when he was in fact a cigar man.

Let's leave Ed Miliband for the moment, he should be the climax of this story. That may be the first time that the words Ed Miliband and climax have ever appeared together.

Last in the line-up is Gordon Brown as the Fourth Doctor, the Tom Baker one. Well the Fourth Doctor was rather eccentric but their the similarities end. Maybe the Seventh Doctor the Sylvester McCoy one would be more suitable, maybe not. No, with .Gordon Brown's capability for destruction of the British economy, society and general mayhem; maybe Davros would be a better option.

Now back to Ed Miliband. The New Statesman have portrayed him as the Eleventh Doctor, the Matt Smith one. Is that because the New Statesman are so stupid that they think Matt Smith is the current Doctor? Maybe it's because they see Ed Miliband as the callow youth to be followed by the serious older man, ....sorry I couldn't think of a serious elder man in the running to be Labour leader. Maybe it's an image thing, Ed Miliband does have something of the child about him, but whilst Matt Smith's Doctor had a depth of feeling, age and wisdom behind the yes, with Ed Miliband there's just a petulant teenager hiding behind the facade of... a petulant teenager. I'm sorry but I just can't see a Doctor to compare Ed Miliband to. How about a Doctor Who villain? A villain who's evil but not scary. Who's incompetent and lacks a backbone? The Green Death? Maybe he's an intermediate stage in the life-cycle of The Wirrn?

What ideas do you have for the right characters to be portrayed by Labour leaders? How about other Labour figures? I suggest John Prescott as the Abzorbaloff, what do you think? 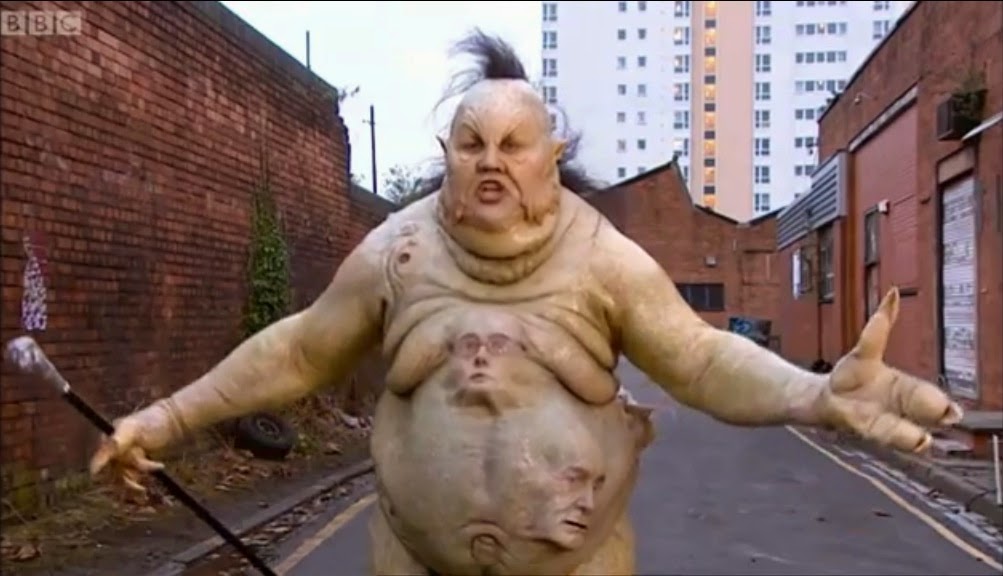 Has the compulsory funded BBC given image rights to the red tories, or have they earned a fat fee from commercial activities disguising political interference? I don't demand to know, I don't care. There is NO Doctor to compare with ANY Labour leader.