Jeremy Bowen at it again 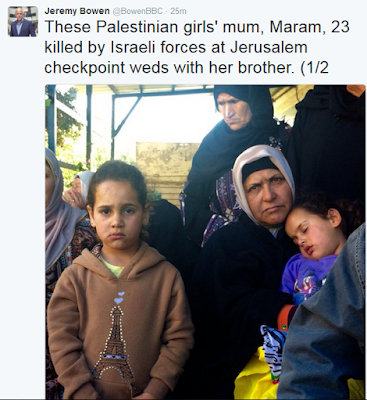 The BBC's Jeremy Bowen blocked me from following his Tweets so I was surprised to see the above one on my Twitter Feed.

'Killed', no context, it looks as though Jeremy Bowen hasn't changed whilst I was banned. 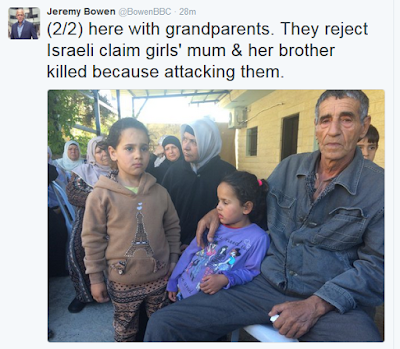 Being totally independent Jeremy Bowen then Tweeted the Israeli claims that the Palestinians reject... Didn't he? Oh he didn't, how odd.

I'd complain to the BBC but since the release of the Balen Report we know there's little point.

Maybe Jeremy Bowen could chat it all out with Jeremy Corbyn, John McDonnell and Ken Livingstone - they should have a lot of common ground re Israel.