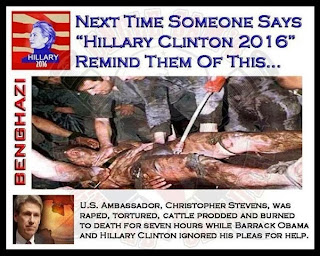 I'll remind you because the pro-Democratic Party media have forgotten this story. Because nothing must be allowed to stop Hillary Clinton being elected in 2016, after all it's only fair that the first black (well half black) US President is followed by the first female US President - so long as  both are from the Democratic Party of course, I don't think that Sarah Palin would fit the bill.