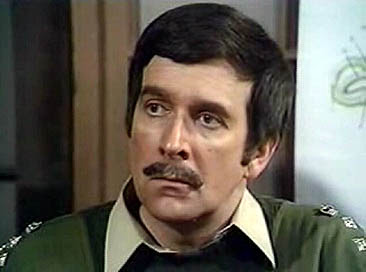 
Oddly as Nicholas Courtney made his first appearance in Doctor Who as Space Security Agent Bret Vyon in The Daleks’ Master Plan (1964) opposite the First Doctor, William Hartnell, it means that Nicholas Courtney became the only actor to appear on screen with all of the first five Doctors, albeit only with four as the Brigadier. I believe he also appeared with some of the later Doctors (pre Ecclestone) but we don't talk about those Doctors here!

Nicholas Courtney RIP - I may watch some old Doctor Who tonight in your memory.

Email ThisBlogThis!Share to TwitterShare to FacebookShare to Pinterest
Labels: Doctor Who, Dr Who