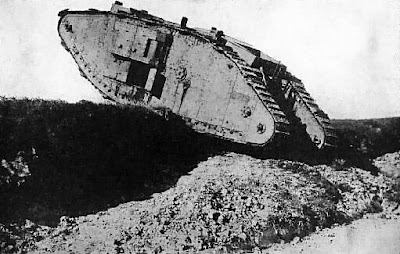 Today is the 90th anniversary of the battle at Cambrai, the first major land battle on the First World War in which tanks were used en-masse. 500 tanks were used to break through the German lines, a victory that was reversed when the UK generals couldn't consolidate the territorial gains.


The tanks was first used in battle just over a year earlier during the Battle of Flers-Courcellette (part of the Battle of the Somme), on 15 September 1916.