Too many tabs open and not enough time to do them all justice so:

'Britain’s public spending cuts are less severe than those in other European countries, an analysis has found.

As a percentage of national output, public spending in the UK will fall by less than the average for the 17 Eurozone countries.

The news that the cuts are less harsh than those our neighbours are experiencing has fuelled criticism of the BBC, which has often been accused of exaggerating the extent of the cuts without explaining why they are necessary.'

for more read this Mail article but don't bother waiting for the BBC to report it.


2) Sila explains why she had to pretend to be a Muslim, in Germany, but now has to show she's not because she posed nude for Playboy - Isn't multi-culturalism marvelous.

'Refugees fleeing conflict in Libya are gathering in Calais in an attempt to enter Britain. '

That's the unsurprising news in The Telegraph. Now why would these people be so keen to come to the United Kingdom?


'“It is very difficult to get on the train, but I dream of England,” said Mohammed, who arrived in Calais on Tuesday after fleeing the war in Libya, where he was a migrant worker from Chad.

“Maybe I will hide, but I hope to find a way to get there somehow. England is a great country where I can have my human rights.”'

'A convicted terrorist banned from Britain for being a risk to national security has been stopped from being deported by the courts.'

Because a convicted terrorist's rights seem to trump those of innocent British people. The Telegraph has more, I doubt that the BBC has.


5) A cartoonist has discovered that lampooning George W. Bush was fine but lampooning Barack Obama is not so easy to sell:


'Ted Rall's cartoons and opinion pieces were all the rage when he was attacking George W. Bush, Dick Cheney, and American soldiers.

But now that there's a man in the White House the press absolutely adore, the once syndicated polemicist claims he's having a hard time getting anyone to publish his work:

In the past, editorial rejections had numerous causes: low budgets, lack of space, an editor who simply preferred another creator's work over yours.

Now there' s a new cause for refusal: Too tough on the president.'

News Busters has the details.


6) It seems that college students might be getting brighter in the USA:


'A recent informal survey of 500 post-grads primarily between the ages of 22 and 28 — 83 percent of whom voted for President Barack Obama in 2008 — found just 27 percent of Obama’s previous youth supporters plan to vote for him again, The Daily Caller reports. That’s a drop of almost 60 points.


7) Before you visit the Maldives for your 'holiday in paradise' please read this:


'Keep in mind that the Maldives constitution does not permit citizenship to non-Muslims and a U.S.-based Muslim group gave Maldives FM the “Muslim Democrat of the Year” award in part for denying non-Muslims citizenship. Upon receiving the award, the FM stated:

I’m very happy to be named Muslim Democrat of the year.

For now I’m very happy to be in a 100 per cent Muslim country having achieved homegrown democracy.'

Creeping Sharia has more, I doubt that the BBC has.


8) Next Big Future reports that:


'Harold Vinegar, the former chief scientists of Royal Dutch Shell, has devised an ambitious plan that would, if successful, turn Israel into one of the world’s leading oil producers. Now chief scientist for Israel Energy Initiatives (IEI), Vinegar maintains that the 238 sq km Shefela Basin holds the world’s second largest shale deposits outside the United States, from which around 250 billion barrels of oil – about the same as Saudi Arabia’s proven reserves, could be extractable. IEI estimates the marginal cost of production at between US$35 and US$40 per barrel. That, says Vinegar, would be cheaper than the US$60 or so per barrel it would cost to extract crude oil in more hospitable locations such as the Arctic, and even favourably with the US$30-US$40 in Brazilian deepwater. '

It always seemed a bit unfair that Israel had hardly any oil reserves when its neighbours dis. Of course Israel did have oil reserves whilst it had the Sinai peninsular but gave that back to Egypt in return for peace. I wonder how long before Egypt, Lebanon and the Palestinians claim the gas/oil is theirs?


9) The Mail seem shocked that female teachers are human beings outside of the classroom.


'Disgrace of the six drinking, pole-dancing primary school teachers who published the pictures on Facebook'

Seems like a complete non-story to me as the teachers were not in school, in loco parentis at the time or in any way linkable with the school at the time the photos were taken.


10) if you watched Gordon Ramsey in Malaysia last night; yes she did say "clittoral plant" and yes they do exist. To save you looking one up on Google, where the plant is not the first image returned, here's a picture 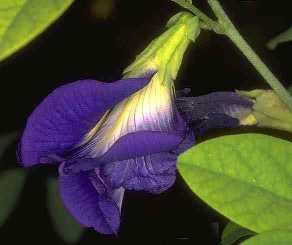 Here's what Herb Exploration have to say about the plant:


'Butterfly pea (Clitoria ternatea, Fabaceae) has large, deeply blue flowers that are used to give a bluish hue to desserts in Thailand (anchan, anjan [อัญชัน]) and Malaysia (bunga telang). In our days, it is mostly substituted by synthetic food colourants. '